Included below are Sand Key Condos For Sale If you would like more information on any of these Condos For Sale in Sand Key Clearwater Florida, just click the "Request More Information" button when viewing the details of that property. We can provide you with disclosures, past sales history, dates and prices of homes recently sold nearby, and more.

And, if you haven't already, be sure to register for a free account so that you can receive email alerts whenever new Sand Key Condos listings come on the market.

Interested in one of these Sand Key Condos For Sale?

This complex offers larger units of up to 3000 ft.² with two and three-bedroom layouts and amenities such as a swimming pool, tennis courts, and fitness center. It allows up to 2 pets at 35 pounds each.

Units in both two and three-bedroom floor plans from 1200 ft.² to 2000 ft.², Cabana Club offers two eight-story towers with beautiful views of the beach and sunset views of the Gulf of Mexico. Homeowner association fees are up to $750 per month and residents may have up to two pets and access to swimming pools, fitness centers, and tennis courts.

This 20 story tower features 241 units with both one, two, and three-bedroom floor plans up to 1500 ft.². Homeowner association fees are up to $900 per month depending on the unit and residents have access to two heated swimming pools and are allowed one pet up to 20 pounds.

This two-tower collection of 12 stories each features a variety of styles and designs with 179 condo units total. Residents have access to two heated swimming pools, hot tub, tennis courts, basketball courts, fitness centers, and many other amenities with association dues of about $700 per month.

One of Sand Key's newest beachfront condominiums, this luxury seven-story building features three and four-bedroom condos up to 2400 ft.². Homeowner's dues are between $700 and $900 and residents enjoy heated waterfront swimming pools, fitness centers and other amenities. Residents are also allowed up to two pets with no dangerous breeds. A check with regulations on the type of dogs allowed.

The Grande consists of 2 22-floor buildings, the Somerset and Watermark constructed in 1998 featuring heated pools, sauna, fitness center, and units with large balconies and beautiful beach views. Dues are up to $1000 per month and residents are allowed to pets up to 30 pounds each.

This beachfront condominium complex features 20 stories and 136 units in sizes up to 1400 ft.². Residents are allowed one pet up to 20 pounds and enjoy it low homeowner association dues between $300 and $400 per month with a heated swimming pool and shuffleboard amenities.

This complex featuring two towers, 1 10-story, and 1 20-story was built in 1981 and features 237 units with both one, two, and three-story floor plans but typically, layouts are around 1100 ft.² for two-bedroom and two bath units. Residents have access to two beachfront swimming pools, tennis courts, shuffleboard, and are allowed one pet up to 20 pounds with homeowner association fees up to $700 per month depending on the unit.

The Lighthouse Towers is a 20-floor high-rise condominium located on the beach featuring 144 beachfront condominiums with spectacular views of up to 1600 square-foot each. Homeowner association fees are $400-$800 per month depending on the unit and residents have access to a heated swimming pool and spa, tennis courts, and are allowed one pet up to 20 pounds.

This luxurious beachfront property features one building with 20 stories and 104 condominiums in sizes up to 3000 ft.². It is one of the newer condominiums on Sand Key and has higher homeowner association fees between $800 and $1200 per month but residents have plenty of amenities such as swimming pools, hot tub, spa, fitness center, concierge services, tennis courts, and are allowed to pets up to 40 pounds total.

The Sand Key Club is unique in that it offers one of the most creative swimming pools along Sand Key. This 14 story tower features 104 units with a raised pool on the south side of the building on a large deck one floor above the ground. Residents have access to a spa, fitness center, shuffleboard with homeowner association fees of up to $1000 per month. This is a no pet building.

This unique building has seen a couple of renovations over the years hence the construction completion date. There are four buildings featuring two and three-bedroom units up to 2000 ft.². Homeowner's dues are between $500 and $900 per month with a heated swimming pool and several on-site amenities. There are four buildings, each with 12 floors, and a total of 470 units and residents are allowed to pets under 20 pounds each.

This interesting looking building features one, two, and three-bedroom floor plans up to 4000 ft.² in size, specifically for penthouse units offering three swimming pools, tennis courts, putting greens, game rooms, fitness center and plenty more amenities. Residents are allowed pets up to 20 pounds and homeowners dues are between $400 and $1000 a month. This building complex is three buildings with 23 floors each and a total of 351 units.

As one of the newer buildings on Sand Key, Utopia features three-bedroom units up to 2400 ft.², and just 29 units on nine floors. Homeowner's dues are upwards of $1000 per month and residents enjoy a heated swimming pool and spa, fitness center, and are allowed up to two pets at 50 pounds total.

Bayside Gardens was built in 1973 and features four buildings in two and three-story layouts with 39 units each. There are one, two, and three-bedroom layouts in sizes from 800 ft.² to about 1500 ft.². Pet allowances and  HOA fee vary by building.

This collection of two waterfront towers offers two bedroom and two bath layouts from 1100 ft.² to over 1500 ft.². Homeowner's dues are up to $600 per month and offer to heated waterside swimming pools, tennis courts, and 133 units. Small dogs are allowed but only in building 240.

This condominium complex features two waterfront buildings each with seven floors and a total of 64 units. Residents are required to pay monthly association dues of about $500, which cover to waterside swimming pools and several amenities. Residents are also allowed to pets up to 20 pounds each.

This 16 floor building features just 15 units with larger layouts of two bedrooms and two bathrooms and about 1500 ft.². Residents enjoy boat slips, access to a dock and fishing pier, fitness center, and heated waterfront pool. Homeowners dues are up to about $600 per month residents are allowed one pet up to 20 pounds.

This Clearwater Harbor condominium complex features 72 townhomes of up to 2200 ft.², primarily three bedrooms with either two or three bathrooms. Homeowner's dues are extremely affordable at less than $200 per month and cover common area maintenance, landscaping, and amenities such as a heated pool. Pets are also allowed but check with regulations on limitations and weight restrictions.

This 2-building waterfront condominium complex features 8-stories and 64 units offering a fitness center, heating swimming pool, and homeowners dues between $400 and $500 per month. Pets are also allowed but only one and up to 20 pounds.

﻿Things to do in the Sand Key Area

Santa Key is known for its beautiful sugary sandy beaches, gorgeous views, and fantastic condominiums. Across the bridge from Clearwater lies this beautiful beachfront community. It's 1 mile wide island enjoys the pristine Gulf of Mexico water on one side and the Intracoastal Waterway on the other. From the Clearwater Marine aquarium to Capt. Memo's Pirate Cruise and beautiful sunsets at Pier 60, you're no more than a few minutes away from activities, relaxation, or simply beautiful sunshine. By owning a home or condominium directly on Sand Key, the waterfront is literally at your fingertips with beautiful sunset views and ocean breezes year-round.

Many condominium complexes have their own cafés, bistros, and waterfront restaurants but you're no more than about 5 to 10 minutes from downtown Clearwater and Clearwater Beach with award-winning restaurants, fantastic shopping, and entertainment. 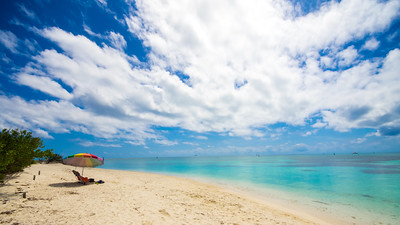 Sand Key Park is probably the most well-known and largest landmark in Florida's Sand Key. Opening in 1984, this park features 95 acres on Sand Key, the barrier island between the Gulf of Mexico and the mainland. Nestled on the northern end of the peninsula, this beautiful park features two distinct areas, a beach and a park. The park offers picnic shelters, barbecue grills, playgrounds, restrooms, water fountains and a dog park. The salt marsh features viewing areas where you'll find local wildlife, herons, great horned owl, and many other birds and sea life including sea turtles on the beach, and native wildlife.

Sand Key Park is also the home to the headquarters of the operations for the artificial reef program, and interdepartmental cooperation program to build a reef in the Gulf of Mexico. You'll find sea turtles annually depositing their eggs in this area and the nearby Clearwater Aquarium offers educational programs and lectures on all of the activity in the area. You'll find a boardwalk with nature trails, outdoor showers, two bathhouses with separate changing stalls, a dog park, two shelters with barbecue grills, areas for swimming, cabana rentals, and kayak and bicycle rentals.

Places to Eat Around the Sand Key Condos 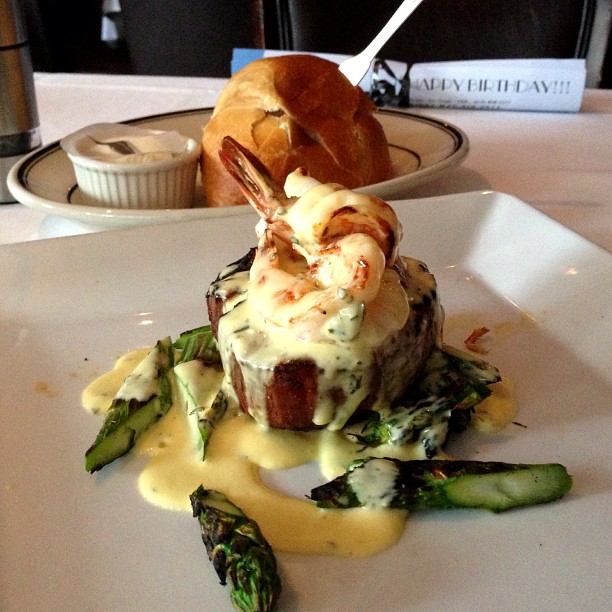 Towards the northern end of Sand Key and across Gulf Boulevard to Clearwater Beach, you'll find several restaurants including Shorty's Breakfast and Gourmet Deli, one of the best breakfasts in the area. The Columbia Restaurant featuring signature cocktails, delicious seafood tapas sends small plates to share, and some unique Cuban inspired dishes such as mahi-mahi Cayo Hueso, Roast Pork a la Cubana, and Picadillo Criollo, a family favorite.

Just across the Sand Key Bridge in Clearwater Beach, you'll find Gondolier Pizza, Evy's Terrace Bar and Bistro, Cesare at the Beach, Salty's Island bar and grill, Pan Filo's Co. Bar & Grill, Jimmy's Fish House and Iguana Bar, and many other places to eat all within about 10 minutes from most condominium buildings in Sand Key.

This wonderful place to call home will offer stunning views, luxurious amenities, and a wide range of home prices and association dues to fit any budget. Start your online search here or simply contact me below for a customized list of condos on Sand Key that fit your search criteria and price.