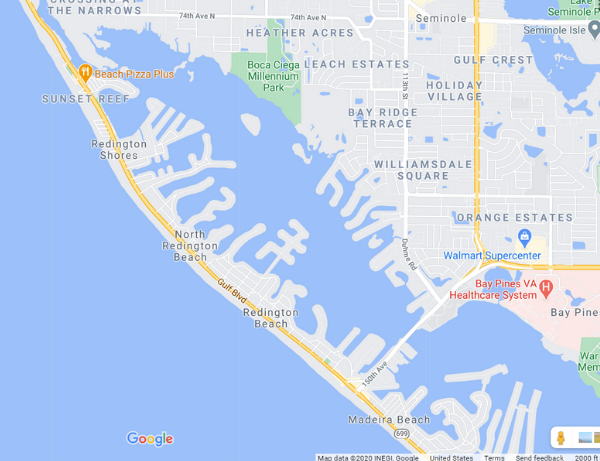 Included below are all the Redington Beach Condos, North Redington Beach Condos, and Redington Shores Condos that are For Sale. I combined all three little towns because they were all founded by the same person as you will read a little later. If you would like more information on any of these Redington Condo listings, just click the "Request More Information" button when viewing the details of that property. We can provide you with disclosures, past sales history, dates and prices of homes recently sold nearby, and more.

And, if you haven't already, be sure to register for a free account so that you can receive email alerts whenever new Redington Beach Condo listings come on the market.

One of the nice things about this area is it is not overcrowded with tourists and there is plenty of beach access for you to enjoy the beautiful Gulf of Mexico.

This coastal town in Pinellas County Florida is home to roughly 1500 residents but sees many more tourists and visitors on an annual basis. also referred to as Redington Shores or North Redington Beach, is a stretch of beachfront property along the Intercoastal waterways and the Gulf of Mexico.

This primarily residential community features beachfront condominiums and a few single-family homes located along the beach and the waterway. In the early 1930s, Charles Redington purchased the land between Madeira Beach and Indian Rocks Beach and in 1935 built the first permanent home on the beach itself. There are three major cities that Redington owned including Redington Beach, North Redington, and Redington Shores. Redington Beach is about one square mile and it remains a somewhat quieter beach than its neighboring Madeira Beach specifically Clearwater Beach or St. Pete Beach.

This beautiful Spanish and Mediterranean-style six-floor condominium offers 50, three-bedroom, and three bath condominiums with a beachside swimming pool and private pier. Homeowner association dues are approximately $700 per month and residents are allowed up to two pets up to 35 pounds.

These newer beachfront condominiums feature several different phases with three and four-bedroom luxury condos into buildings with eight floors each and a total of 48 units. Residents require monthly homeowners fees between $600 and $1000 and enjoy a fitness center, beachfront swimming pool, and can have two pets up to 25 pounds each.

Redington Towers features three buildings of 20 floors each and a total of 350 units with one, two, and three-bedroom floor plans up to 2000 ft.². Homeowner's fees are approximately $500 per month and cover common area maintenance, beachside swimming pool, recreational building, fitness center, clubhouse, sauna, and gated entrance.

This beachfront condominium features two and three-bedroom floor plans around 1100 ft.² with homeowner association fees of around $4400 annually, which includes a pool, insurance, several utilities, clubhouse, recreational facilities, spa, and up to one pet.

This beachfront club offers over 200 units in six buildings and seven floors with three heated beachfront swimming pools, a fitness center, and multiple other amenities. Maintenance fees are between $800 and $1000 per month and residents can have two pets up to 60 pounds.

This part of Pinellas County is a little bit quieter than some of the other, high tourist areas. You have three distinct beaches to choose from with fitness centers, beautiful resorts, the Harold Radcliffe Park, fun places to eat like Friendly Tavern, Conch Republic Grill and Sweet Sage Café, plus all of the benefits of living on the beach. For more information on condos for sale in Redington Beach, browse available listings on my website or simply contact my office at any time to schedule a showing or for a list of similar condos in Pinellas County. 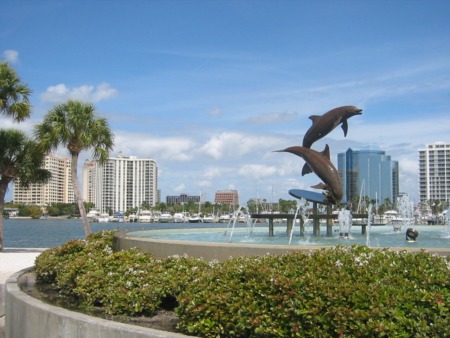 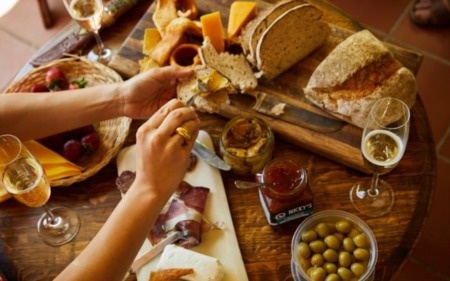 How to Spend a Perfect Day in St. Pete Beach