Included below is Longboat Key Condos for sale. If you would like more information on any of these Longboat Key Condo listings, just click the "Request More Information" button when viewing the details of that property. We can provide you with disclosures, past sales history, dates and prices of homes recently sold nearby, and more.

And, if you haven't already, be sure to register for a free account so that you can receive email alerts whenever new Longboat Key Condominiums for sale come on the market.

Keller Williams On The Water

Longboat Key is a small town in Manatee and Sarasota counties along the central West Coast of Florida. Located on the barrier island of the same name, Longboat Key is just south of Anna Maria Island between Sarasota Bay and the Gulf of Mexico. It's almost equally divided between the two counties. The town of Longboat Key was incorporated in 1955 and is part of the Bradenton, Sarasota, and Venice Metro area. It's home to about 7000 residents. 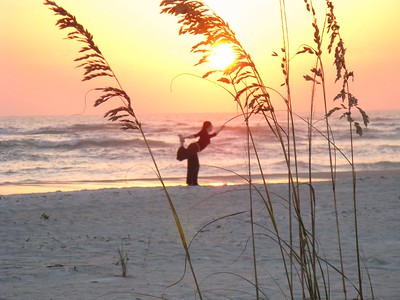 Most of the land area on Longboat Key features residential properties either with single-family homes, condominiums, or apartments. Many of the condo associations co-own common elements among themselves including pools, tennis courts, water views and access to the beaches. Between Lido Key in the South and Anna Maria Island to the north, you'll find this beautiful tropical setting that offers every amenity you can imagine.

Located at 4485 Gulf of Mexico Drive is this beautiful condominium complex with prices between $500,000 and $600,000. Pets are not allowed. Condominiums are two or three bedrooms and up to 1200 ft.². This complex was constructed in 1973 and features 24-hour security, paved parking, elevators, swimming pool, recreation clubhouse, shuffleboard and a fitness center.

the Aquarius Club was built in 1975 and is just minutes from shopping, dining and the marinas. It offers tennis courts, swimming pools, meeting and exercise room and is typically priced from $450,000 to over $1.1 million. There are 57 residents with floor plans from 1500 ft.² to 3000 ft.².

aria is a beautiful condominium complex on Longboat Key built in 2014 and is one of the newest in the area. It offers four distinct floor plans from a spacious 3800 ft.² to nearly 4000 ft.². This 300-foot beachfront complex offers all types of amenities and a wellness center overlooking the lagoon. Units start at about $2.5 million.

Bayport was constructed in 1983 and features 136 units known for its award-winning gardens and clubhouse with exercise facilities, libraries, game rooms, swimming pool, and tennis courts. These units start at about $400,000.

the Beach Harbor Club was built in 1970 and features a three-story building with private access to the residence only Beach, swimming pool, fishing pier, covered parking, and a fitness center. There are 133 units in this complex featuring two-bedroom, two-bath, three-bedroom, three-bath and prices starting at $400,000.

Behind the Gates of the Longboat Key Club

Buttonwood Cove was constructed in 1980 and offers distinctive charm in each of its four-story buildings. It offers just 56 residents from 1200 ft.² to over 2500 ft.² in two or three-bedroom layouts with a variety of resort-style amenities such as community boat docks, private boat docks, a fishing pier, clubhouse with catering kitchen, private garages, pool and spa. 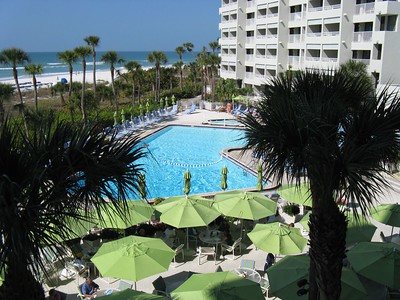 This Longboat Key condominium complex was built in 1979 at 4545 Gulf of Mexico Drive toward the northern end of the island. Nestled right on the beach it offers 60 beautiful units with barbecue and picnic areas, a clubhouse, beach access, tennis courts, and is pet friendly.

Cedars East & West are positioned on 66 acres in the quieter northern end of the island. Built between 1975 in 1988, this 149 unit two-story townhouse complex offers 10 championship tennis courts, a clubhouse with a full bar and restaurant, a Junior Olympic size pool, and access to one of the finest beaches on Longboat Key.

The Club Longboat was built in 1973 and features a 60 units, immaculate tennis facilities, floor plans from 1200 ft.² and up to three bedrooms and two baths, and prices starting at around $400,000.

Fairway Bay was built in 1988 and boasts 286 Mediterranean-inspired condominiums within four, five-story structures and a number of spacious townhouses with private garages, terraces, golf courts, tennis facilities and a marina.

Grand Bay was constructed in the 1990s and features 272 maintenance-free units in six buildings on the base side of Longboat Key. It's just behind the gateway of the stunning Longboat Key Club featuring a resort-style pool and sun decks, tennis courts, fitness facilities and private beach access.

Grand Mariner was built in 2003 up to 2007 and there are just 14 luxurious and well-appointed residents in this high-end complex. The complex features three buildings on 2 acres with a resort-style pool and spa, tennis courts, cutting edge fitness centers, private garages and 20 private boat slips able to handle up to a 70-foot yacht. This is the most exclusive condo complex on the key with units between $2 million-$4 million.

Harbour Villa Club was constructed in the mid-1980s featuring 38 residences designed so that all the units offered stunning Bay views from both the living area and the master bedroom. It offers a variety of amenities and local tourist attractions such as close access to Sarasota.

Islander Club was built in 1970 and features 133 units with two high-rise complexes and a long list of amenities. Residents have access to 400 feet of deeded beachfront, pools and tennis courts, game rooms and social calendars, common areas of the Islander club championship golf and just minutes to downtown Sarasota. These units start at about $400,000 in floor plans from 1200 to over 2500 ft.².

Islands West is one of Longboat Key's premier complexes featuring championship golf and tennis. Built in 1972 directly on the beach this 15 story development offers 87 units with breathtaking views and a variety of resort-style amenities.

This condo on Longboat Key was built in 2007 and features just 10 distinguished units into exclusive buildings. Units start at about $3 million with two or three-car garages, a fitness complex, a catering kitchen, a resort pool, and spacious stone decking.

This complex was built in 1977 and features just 28 units from 1140 ft.² to 1400 ft.² with two bedrooms and two baths. Residents feature a swimming pool and clubhouse and the Bayfront Park Recreation Center is just a short walking distance south of the community.

The Longboat Harbor Towers was built in 1972 and offers a 10 story Art Deco style beachfront development centrally located on Longboat Key. Residents have all the amenities of a five-star resort as well as on-site management and covered parking.

Marina Bay was built in 1990 and offers 24-hour security, beachfront pool and spa, a fitness center, a luxurious cabana and boat docks. Floor plans are expansive starting at 2800 ft.² and units are priced from $900,000.

This Longboat Key condominium was constructed in the 1970s featuring 60 units from 1150 ft.² to just over 1600 ft.² with either two or three-bedroom layouts starting at around $350,000. This complex features kayak storage, boat docks, a newly refurbished clubhouse, a community pool, and two tennis courts.

The Players Club was built from 1981 to 1983 and is located on the southern end of Longboat Key. This for building a midrise structure offers 134 condominiums with two and three-bedroom layouts up to 2800 ft.². All the complex amenities one could want starting at around $500,000.

The Promenade was built in 1985 and offers all the amenities of a five-star resort. There are 112 units featuring two, three, and partial penthouse configurations up to 4200 ft.². Prices start at about $650,000.

Sands Point is one of the more tasteful residences on Longboat Key. Built in 1966, this collection of classic Florida condominiums feature two bedroom and two bath units up to nearly 3000 ft.². Generous amenities with docs and beachfront access are available and prices start at about $500,000.

This Longboat Key condominium complex was built in 1973 within the guarded gates of the Longboat Key Club. This 15 story high-rise structure offers all the amenities of a five-star resort with 90 condominiums featuring two-bedroom and two-bath units up to 1500 ft.². Units start at around $650,000.

This beachfront resort was completed in 2016 and offers a wide range of styles and designs, the dock on the day, and units from $450,000.

Built between 1974 and 1979, this 42-acre complex offers over 850 yards of glistening beachfront real estate with two swimming pools, spas, clubhouse, and his and her fitness center. There are two and three-bedroom units from 925 ft.² to an impressive 3600 ft.². Prices start around $350,000.

Silver Strands is located at 5841 Gulf of Mexico Drive with a variety of styles starting at around $320,000.

This yacht club is a 28-acre property developed during the mid-1960s as a 55+ community featuring 212 units. It's one of the first condo projects in the Sarasota area. Developed as a yacht club, this community has deeded beach access, a large heated pool, and a picturesque landscape.

This Longboat Key condominium was constructed in the 1970s and features 80 villas in both townhouses and condos in a midrise building. Enjoy all of the amenities of a five-star resort priced and at an affordable $300,000 to start.

This club was finished in 1994 and is located at the southern end of the island next to 34 acres of nature preserves. These 90 units feature beautiful views of Sarasota Bay in three and four-bedroom configurations up to 2900 ft.². Enjoy all the amenities of a five-star resort with property starting around $800,000.

This complex finished in 1996 offers a gated entrance and is very close to the goals and tennis of the Longboat Key Club. It includes 440 feet of private beach, resort-style pool and private garages in this 37 unit complex. These high-end properties have large floor plans from 2400 ft.² to 5000 ft.² and start at about $1.6 million.

Constructed in 1998, this captivating complex offers Mediterranean-style units three and four-story structures, and just 31 units ranging from 2500 ft.² to an enormous 6000 ft.². Prices start at around $2 million.

This complex was completed in 1970 and features midrise complex units and up to 72 properties with two bedrooms and two bath designs each coming with his own private carport. Pets are not allowed but there are on-site amenities with property starting at around $500,000.

This midrise complex of 60 units offers access to the Hilton hotel, swimming pools and fitness facilities, tennis courts and shuffleboard, needed access and a fishing dock. These units start at about $350,000.

There are a variety of other condominium complexes throughout Longboat Key, potentially a total of about 100. Each building and complex has its own association with a variety of amenities and monthly homeowner association dues between $100 and $1200 per month depending on the amenities and the price of the units.

Experience the beaches. There are 12 public beach access points in Longboat Key from less crowded beaches to that private beach field. While there are no lifeguards on duty, adventurous visitors can have fun but still should be aware.

Explore the ecology in the wild or the Mote Marine Laboratory and Aquarium. Grab a kayak adventure or head out to the Quick Point Nature Reserve. There's always nature to observe and enjoy on Longboat Key.

Enjoy fantastic dining with all types of cuisines from fantastic seafood and Florida fair to Continental kitchens with the most delicious shrimp and grits in the area.

Sports is a must with so many tennis courts, Olympic size swimming pools, golf courses, bocce ball courts, shuffleboard, and kayak rentals, there is never a lack of adventurous activities.

But of course, you can simply relax on one of the fantastic beaches. Lay back, enjoy the sunshine, grab a cocktail, and lavish yourself in relaxation.

For more information on condos for sale on Longboat Key, browse active listings above or simply contact my office at any time below. I love to help you find the perfect Longboat Key condominium complex for your needs and your budget.